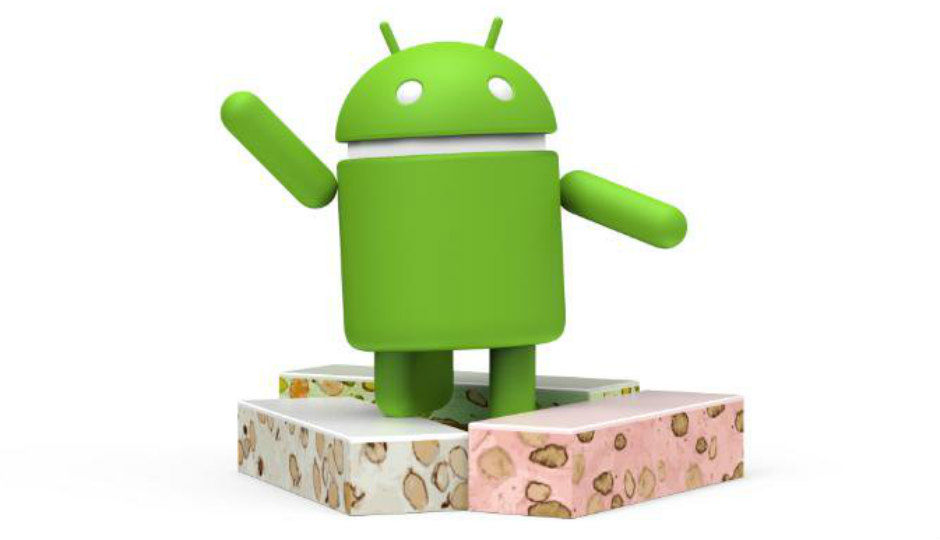 Android Nougat now powers 9.5 percent of the world’s two billion plus active Android smartphones. According to the latest data available on the Android Dashboard, Android Nougat v7.0 currently runs on 8.9 percent of devices, compared to about 0.6 percent of Android Nougat v7.1 devices. The newly updated numbers are based on data collected over a 7-day period ending June 5, 2017.

Android Nougat has been steadily gaining market share over the past few months, running 7.1 percent on active devices as of May 2, 2017. This means that Google’s latest mobile operating system gained about 2.4 percent market share last month In the previous two months alone, the operating system gained about 2 percent market share. The reason behind this increase is probably the introduction of Nougat update for older devices launching new devices and OEMs. 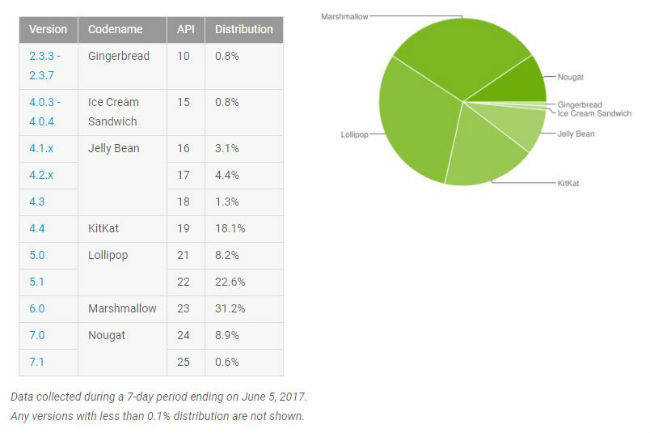 The data further reveals that Android Marshmallow took the lead from Lollipop. Marshmallow is currently running on 31.2 percent of active devices, while 30.8 percent of users are still using Lollipop. Android 4.4 KitKat fell to 18.1 percent market share from 18.8 percent reported last month, with about 8.8 percent users using Jelly Bean. Android Ice Cream Sandwich and Gingerbread together run 0.8 percent on smartphones. This information further highlights the problem of Android with fragmentation before the company plans to launch Android later this year.

At WWDC 2017, Apple CEO Tim Cook highlighted how the company’s latest iOS release indicates an 86 percent installed base. Cook also ridiculed the Android user base, saying that “other platforms suffer from horrendous fragmentation situations.” Google has been taking steps to fix the Android fragmentation issue for the past few years, and with Android O, it is reported to be separating the core vendor implementation and updating the Android OS framework. Only time will tell if Google will be able to install the latest version of its OS on more devices.