Android OS has seen a 91% loyalty rate compared to 86% for iOS in 2017, the loyalty rate for the two operating systems has remained largely stable since the beginning of 2016.

A new report from Consumer Intelligence Research Partners (CIRP) on Friday states that Android has more loyal users than iOS operating system users. Android OS saw a loyalty rate of 91 percent in 2017, compared to 86 percent for iOS, and the loyalty rate for the two operating systems has been largely stable since the beginning of 2016.

“Loyalty for both Android and iOS increased in 2015 and 2016, when it became the same for both operating systems,” Mike Levine, partner and co-founder of CIRP, was quoted as saying by Macromers. “Loyalty is as high as we’ve ever seen, really at 85-90 percent at any given time. With just two mobile operating systems at the moment, users can now choose one, learn it, invest in apps and storage, and stick with it,” Levine said. Added.

The report is based on a quarterly survey, each containing samples of 500 subjects.

According to TechCrunch, both Google and Apple are now focusing on services as they seek to generate greater revenue from their respective user bases.

OS loyalty for the year was measured by the percentage of subscribers with each OS when a new phone was activated in the 12 months ending December 2017.

In 2013 iPhone owners were found to be more loyal than Android users but the following year the trend changed and since then Android has grown.

Meanwhile, iPhone makers are regularly targeting Android users with trade-in options in iOS and a “switch” dedicated to explaining all the reasons why the iPhone is better than competing smartphones, according to CIRP. 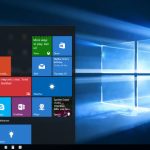 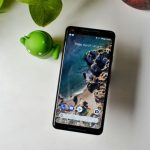