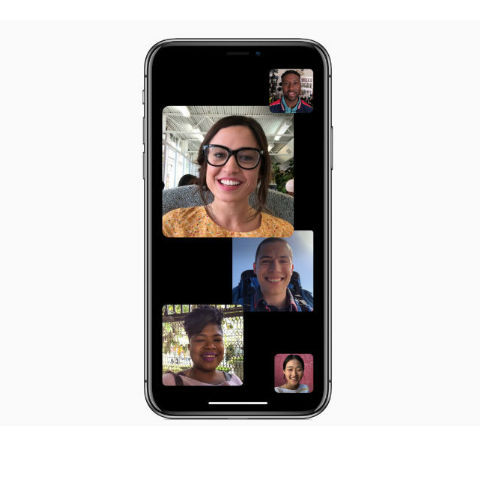 You noticed during the video call that the person you’re making the video call tends to look away from the screen. Apple is reportedly testing a feature called “FaceTime Attention Correction” in its iOS 13 developer beta, which aims to fix that problem. With this feature enabled, you don’t have to look directly at your Apple device’s camera. Instead, you can only look at your screen and not tell the person you’re video calling that you’re constantly looking away.

The feature is available in the third beta of the new operating system. It is seen by the first Mike Rundle, A Twitter user. Online users have noticed that the feature is available on the iPhone XS and XS Max, which means that this feature is probably only supported by Apple’s latest hardware. There is a possibility that Apple will not bring it to older models like iPhone 8 and iPhone 7.

iOS 13 brings a bunch of features to the table, some of which are listed below:

A system-wide dark mode, 2x performance boost on iOS 12, new privacy features, a brand new app that integrates both my iPhone and Find my Friends, Apple Maps, Reminder and Apple’s virtual assistant, Siri, which is getting a new Voice that can help it sound a little less robotic.

iOS 13 Beta 3, Apple’s latest mobile software build, focuses primarily on performance improvements. We currently have no further information on this feature and its release date. But we hope it will come out in the near future. It will be interesting to find out how the feature responds when there are multiple faces in a single FaceTime video call.