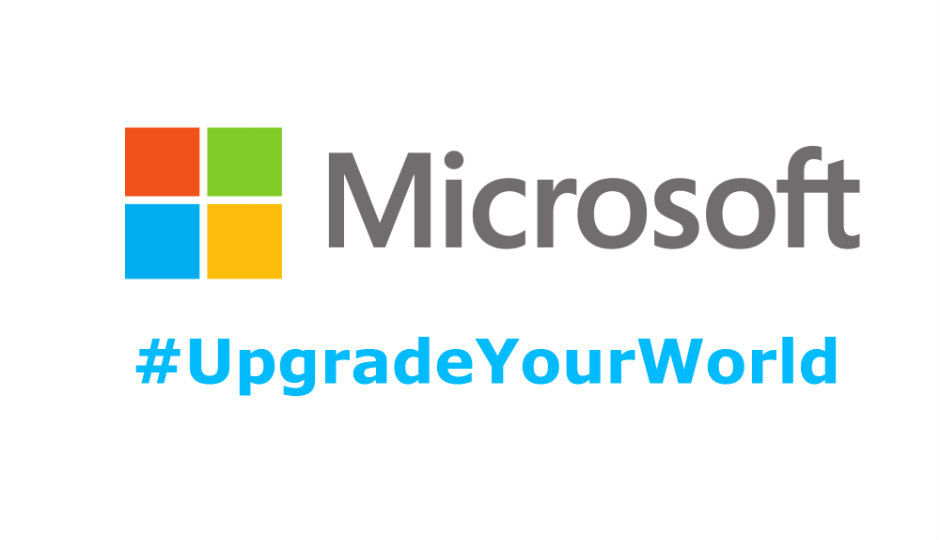 Microsoft has selected five NGOs in India to support as part of the initiative and has asked the remaining five NGOs to vote through social media.

Microsoft has announced that its Upgrade Your World initiative will be launched in India from today. As part of the initiative, the company will partner with 10 NGOs in India and support each of them with a $ 50,000 grant and technical support from Microsoft, in addition to various services and promotional activities. Upgrade Your World Initiative is a global one-year program that recognizes people who inspire and empower others. So far, five non-profit organizations have been selected, such as the Aga Khan Rural Support Program, Enable India, Magic Bus, Smile Foundation and Udayan Care.

Microsoft has encouraged people across the country to vote for the nonprofit of their choice via Facebook, Twitter and Instagram. Participants can help select five more NGOs for the program. To cast a vote, one must post a post with #UpgradeYourWorldIN and #vote and tag the selected organization with[organisation’s name]. Until September 23, 2015, people can vote once a day, every day.

In his press release, Microsoft India Chairman Bhaskar Pramanik said, “In celebration of the launch of Windows 10, Upgrade Your World has led our vision to help people achieve more through technology. It is inspiring and delightful to see what these organizations are doing in India to make the world a better place. Their efforts are bringing about real and positive change among different communities and people across the country. We congratulate the five non-profit organizations selected from India and we look forward to extending our support to the five non-profit organizations that will be elected by the people of the nation. ”

The Upgrade Your World initiative began on July 29, with the launch of Windows 10 The initiative will see Microsoft partner 10 global and 100 local nonprofits and invest a total of $ 10 million to support its goal, raising awareness.

Microsoft plans to highlight 100 local nonprofits in 10 countries. These countries include India, Australia, China, France, Germany, Japan, Kenya, Mexico, the United Kingdom and the United States. The organization has already identified 50 organizations that will receive a $ 50,000 grant

Microsoft itself selected nine non-profit organizations worldwide and asked people to vote for the tenth. Yesterday, it announced that the Beagle Freedom Project has been chosen as its tenth partner. As part of this initiative, Microsoft is giving its employees an extra day off in offices around the world so that they can volunteer in their community.