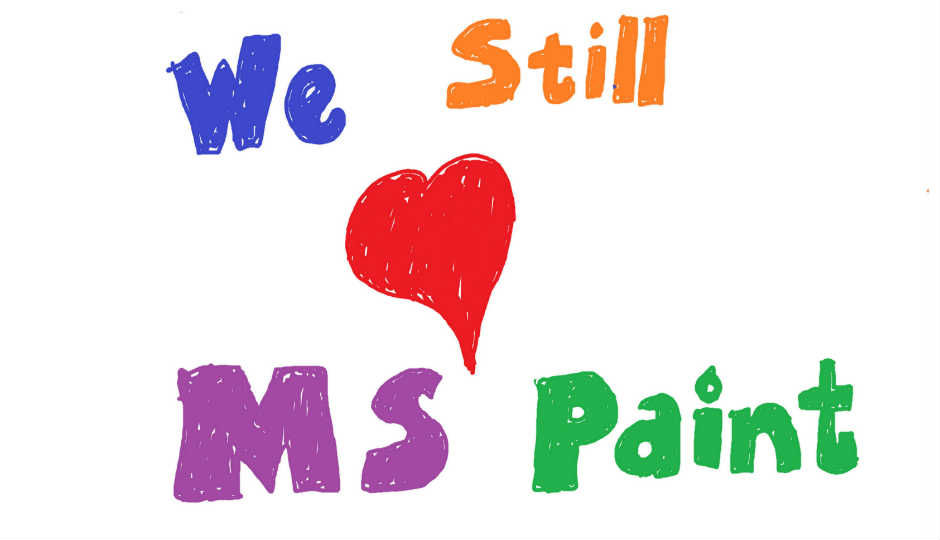 Microsoft has confirmed that MS Paint will get a new home in the Windows Store and will be available as a free application. Microsoft Paint was first launched in 1985 and has now been removed from the upcoming Windows 10 update.

Microsoft Paint, the 32-year-old legacy Windows app isn’t dead. Microsoft has officially confirmed that MS Paint will not be killed but will be offered through the Windows Store instead. The official update comes after reports surfaced that Microsoft was killing Paint with the upcoming Windows 10 Fall Creator update. The Redmond-based software maker has released a detailed list of features that will be removed with the upcoming Windows 10 update. The list confirms that Microsoft wants to devalue Paint and remove it entirely from Windows.

Microsoft confirms that MS Paint is not going anywhere and will be offered for free through the Windows Store. “MS Paint is here to stay, it will soon find a new home in the Windows Store, where it will be available for free,” Megan Sanders, general manager, 3D for Everyone’s Initiative, wrote in a Windows Experience blog post.

As Microsoft plans to offer Paint through the Windows Store, the focus is being redirected to the newly announced Paint 3D application. Microsoft announced Paint 3D as an enhanced version of Paint in April with the Windows 10 Creator update. The new Paint 3D application works in addition to the traditional application and offers additional features like creating 3D images on top of basic 2D image editing. Microsoft says it will continue to update MS Paint with new features, including many features like photo editing, line and curve tools, and 2D is now available in 3D Paint, available in MS Paint.

Microsoft wants Windows Store to be the go-to place for downloading applications and wants to end the legacy of app distribution. To accelerate the growth of the Windows Store, Microsoft has announced a streamlined version called Windows 10S that only allows apps to be downloaded from the store. Microsoft also offers Desktop Bridge, a tool that transfers traditional programs to the Universal Windows platform and then distributes them through the store.

Microsoft claims to have more than 500 million active Windows 10 users, but the Windows Store does not offer some of the popular apps available on competing platforms. By transferring MS Paint to the Windows Store, Microsoft’s larger ambition will be to persuade more developers to distribute their applications through the store.