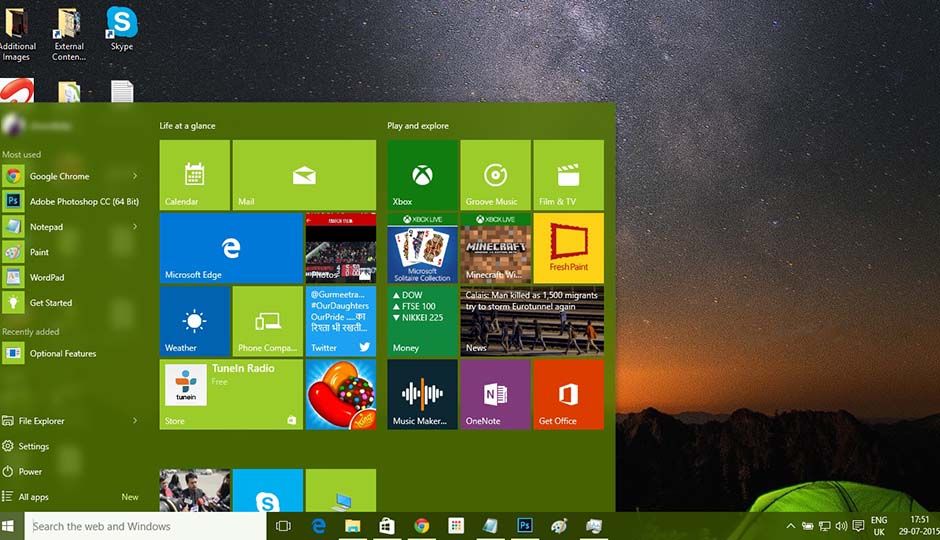 We’ve known almost everything about what’s new with Windows 10 for a while, and here’s to our experience. We spent a few hours around with it and after some time of use our thoughts are here:

Speed
Windows 10 has been really, really fast so far. It takes an average of 35 seconds to boot to the desktop, including entering a 10-character password. We’re working with 22 tabs open in Chrome, Adobe Photoshop and VLC Player running in the background, and no hint of stuttering. Photoshop takes about 25 seconds to launch after restarting. A continuous restart of Photoshop takes just three seconds. Everything from navigating through folders to launching an app and playing a new movie is still a breeze, and Windows 10 seems to be the most responsive Windows yet.

Layout
Microsoft has made several changes to the layout of Windows 10. The start menu is back, which looks like the start screen of Windows 8. Numerous sections are nicely categorized, the Start menu includes Live Tiles for Applications, Most Used List, and Action Shortcuts. The user account settings are in the upper left corner of the Start menu. The hidden search and action panel that used to float to the right in Windows 8 has been replaced by a public search panel in the taskbar and a notification panel that can be accessed from the system icon tray. Notably, the notification panel has a layout similar to Windows Mobile. Windows now has a new Task View feature – Mac-Esk View that shows all open and running windows on one screen.

The icons have been updated, and the window now has narrow, redesigned borders. The Windows logo is also new, and there is clarity in the Notifications and Connections panel. 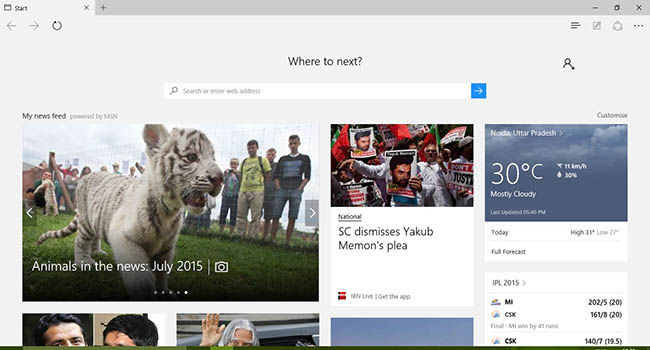 Edge
Microsoft’s new browser looks neat. Microsoft has really worked to refine the layouts and make the whole of Windows 10 look seamless. Browsing seems faster, and Microsoft has added an imperial browsing mode – the equivalent of Chrome’s camouflage. However, it is not as fast and smooth as Microsoft claims. There was some stuttering when switching between tabs, and pages took relatively longer to load than Chrome. However, this is a huge upgrade over Internet Explorer, and a very noticeable upgrade to Microsoft’s older browser.

Other features
The welcome screen before the sign-in screen when loading Windows gives you an option to like or dislike the photos in the automatic stream, which Microsoft will give you a curated stream of photos on the welcome display. 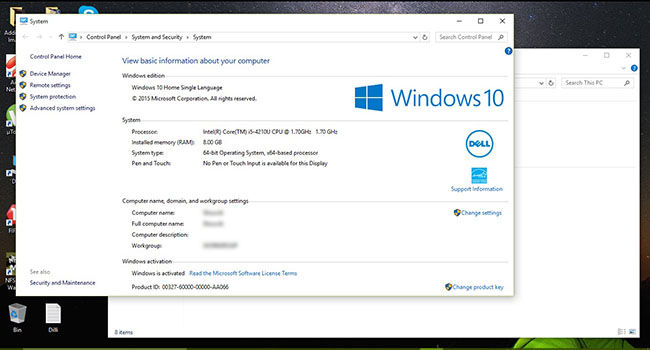 There is also a new Action Center, which has a mobile layout, all of its settings arranged in a grid. Notifications also appear in the view like mobile 7 The Windows Store has been redesigned and presented in a smoother format. Cortana? Not for India, till now.

Microsoft seems to have worked well with Windows 10 There are still a lot of bugs, but with Microsoft talking about rolling updates to Windows 10, we can expect the gap to be filled. Stay tuned for more details on Windows 10.