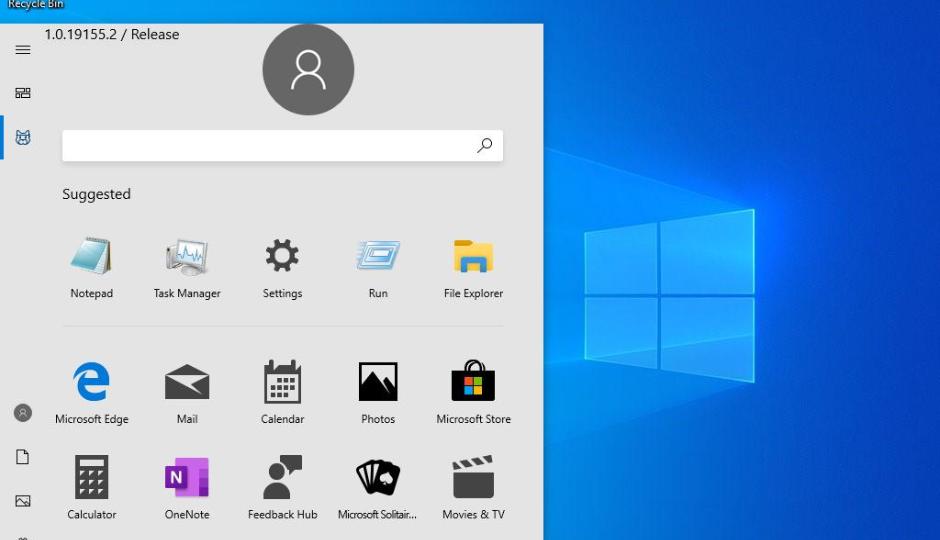 Microsoft is working on a new Start menu that is more simplified but is it too simple?

There has been a lot of hype on Twitter and other online forums about the new unfinished start menu design for Windows 10. Originally identified by Twitter users NTA authorities And finally by Windows Central, the new Start menu is found in a leaked internal release of Windows 10 numbered build 18947. The new design undercuts the two-column approach with live tiles for something more primitive and unpleasant. But we suggest you consider what you see with a pinch of salt because it is not a finished design.

The icons of all installed apps and shortcuts appear as unusually large blocks in the new Start menu, as if someone had just turned on the Magnifier Accessibility tool for the menu. Fortunately, as shown in the video from Windows Central, you have the option to revert to the old Start Menu look. The biggest difference between the Start menu in the default desktop mode and the one in tablet mode is the placement of the entire menu. In tablet mode, the same start menu appears in a transparent full-screen window to make the icons more accessible.

The new Start menu also seems to emphasize the user’s icon, which is usually found in the hamburger menu as a regular-sized icon with the user’s image. In the new version of Start, the user icon is significantly larger and at the top, where it is easily found. Although it is not in tablet mode. However, it is difficult to say whether Microsoft will follow this design for its final build. If so, this could be the last spelling of live tiles. We just have to wait and see what Microsoft does with this new design.