Xiaomi has announced MIUI 10, may come with AI-based features 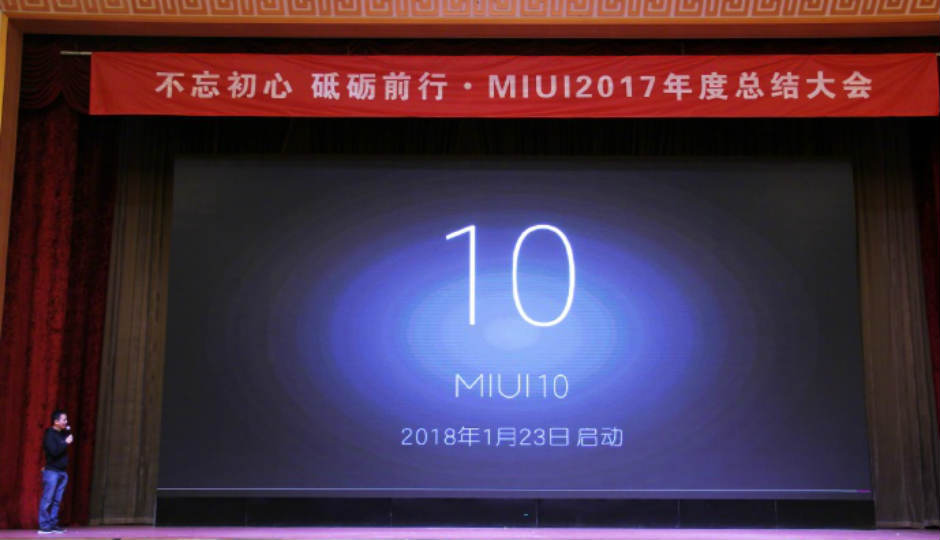 Xiaomi’s co-founder and senior vice president Hong Feng made the announcement at an event in China yesterday.

Xiaomi has announced the next version of its custom Android interface, called MIUI 10. Xiaomi co-founder and senior vice president Hong Feng made the announcement in China yesterday. Aside from the name, the company has not revealed anything else about the new interface. However, Gizchina reports that the company will focus on artificial intelligence and machine learning with this version of the OS.

A few days ago, Xiaomi announced that the latest version of its interface, MIUI 9, will start rolling out to its 40 devices. This includes devices like the Xiaomi Mi 2 that were relaunched in 2012 However, it should be noted that MIUI 9 is based on Android Nougat and not Android Oreo.

Huawei’s latest UI, EMUI 8 also comes with AI-based capabilities. These include AI-powered real-time view and object recognition and AI Accelerated Translator and much more. The company further said that it could allocate resources wisely to provide more space and ensure a smooth experience. Plus, EMUI 8 is based on the latest version of Android, Oreo.

The company has initially confirmed that it will launch EMIUI 8 on Honor 8 Pro, Honor 9i, Honor 7X, and Honor 8 Lite smartphones. Note that the company’s previous flagship Honor 8 is missing from the list. However, since then, the company has changed its position a bit, and told Android police that the phone will get the features of EMUI 8, but not Android Oreo. The public relations representative further mentioned that more details will be released within a week.